Congress weighs in on the Dalai Lama’s reincarnation

Congress weighs in on the Dalai Lama’s reincarnation
Sam Littlefair 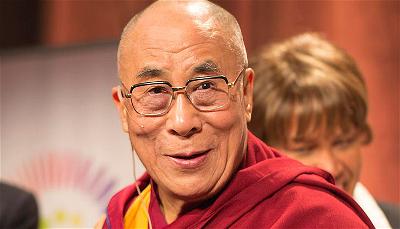 The Dalai Lama.
Photo by Christopher Michel.
On April 25, a resolution affirming the Dalai Lama’s right to reincarnate as he liked — cosponsored by Republican Senators Ted Cruz and Marco Rubio, along with Democratic Senator Dianne Feinstein — passed in the senate.

According to Tibet.net, this is the first time that any national legislature has supported the Tibetan Buddhist community’s religious autonomy. The resolution was introduced by Senator Patrick Leahy.

But it wasn’t the only mention of the Dalai Lama’s reincarnation last week. A day earlier, Senator Rand Paul also weighed, recounting an anecdote about the Tibetan leader while speaking at the Time 100 Gala.

Page Six reports that Paul was complaining about His Holiness hogging the bathroom at an event in 2015. According to Paul, a long queue formed outside the men’s room as security insisted that the Dalai Lama get the space to himself.

“What’s he doing in there?” Paul quipped. “Reincarnating himself?”